Is the Housing Market Safe From the Wild Turbulence in the Financial Markets? 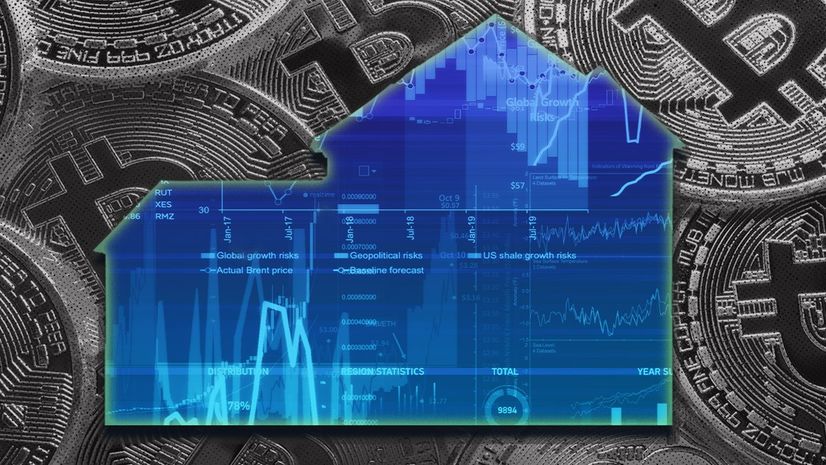 The volatility over the past few days in the stock and cryptocurrency markets has left many on edge—especially as it comes on the heels of a nation grappling with yet another COVID-19 variant, high inflation, and worker shortages. Add historically high home and rent prices, and many are worried another housing bubble may not be far behind.

However, despite the turmoil adding to the general malaise, real estate experts don’t believe the housing market is headed for another crash. There are far more people looking for places to live than there are homes available—a dilemma that keeps home prices high as renters and buyers compete over a limited supply.

Until that equation reverses—the way it did during the housing bust of the 2000s—home prices are expected to keep rising unless...

The Reason Why Rental Prices Are Soaring Right Now

Due to the shortage of supply in rental units, we have seen rents increase expoentially over the course of the pandemic. This is hurting lower-income renters the wors as the housing hortage, alongside high prices, is making it difficult for renters to find and compete for units within their already restricted budget.

Why is there a rental shortage?

During the onset of the pandemic, there were many people that had lost their jobs and sources of income, and as a result, moved in with their families in order to curtial expenses. Now, about two years since the start of COVID-19, as life is starting to slowly transition back towards pre-pandemic conditions, we see these same individuals...

Existing-home sales declined in December, snapping a streak of three straight months of gains, according to the National Association of Realtors. Each of the four major U.S. regions witnessed sales fall in December from both a month-over-month and a year-over-year basis. Despite the drop, overall sales for 2021 increased 8.5%.

Total existing-home sales involving completed transactions that include single-family homes, townhomes, condominiums and co-ops, dropped 4.6% from November to a seasonally adjusted annual rate of 6.18 million in December. From a year-over-year perspective, sales waned 7.1% (6.65 million in December 2020).

“December saw sales retreat, but the pullback was more a sign of supply constraints than an indication...

The average rate on the popular 30-year fixed mortgage hit 3.7% Tuesday morning, according to Mortgage News Daily. That is the highest since early April 2020 and now 83 basis points higher than the same time one year ago.

Rates are reacting to surging bond yields, as financial markets react to swifter and more aggressive monetary policy tightening by the Federal Reserve. Mortgage rates loosely follow the yield on the 10-year U.S. Treasury, but they are also affected by demand for mortgage-backed bonds. The Fed had been buying those bonds aggressively during the pandemic in order to keep rates low, but it is now pulling out of the MBS market faster than expected.

Mortgage rates, “would be higher,...

With the status of his family's housing hanging in the balance, Arthur Jackson often thinks of a story in Genesis, the first book of the Bible.

Specifically the parable of the ram in the bush, when God instructs Abraham to sacrifice his only son. Just when Abraham raises his knife, God gives him a ram, stuck in a bush, instead.

“The man had enough faith in God to believe,” he said.

Jackson, a former taxi driver, relates the last-minute reprieve in the story to what he hopes will be a safe landing for himself, his wife and two daughters, who live in a three-bedroom apartment in Yonkers that they've shared for over eight years.

In September, his landlord abruptly told him they’d...

Great Point Studios officially opened the doors to its long-awaited Lionsgate Studios Yonkers on Jan. 11 at 45 Wells Avenue and announced that it will move forward with a more than $500-million expansion plan nearby.

New Rochelle faces a flood of new residents to its downtown after the City Council signed off on another 3,000 housing units as part of its plan for the city's urban center.

City officials say the drastic change to an already reshaped downtown is necessary to meet the surging demand for housing amid a growing skyline in the southern Westchester city.

And while approval was unanimous, there are concerns about how the downtown transformation has complicated day-to-day life and led to questions how a collection of tall buildings can turn into a vibrant neighborhood.

To make room for the increased housing...

Home prices may be growing faster than rents in most places across the country, but homeownership still beats renting financially, shows a new study from ATTOM Data Solutions, a real estate data firm. Owning a median-priced home is more affordable than the average rent of a three-bedroom property in 58% of 1,154 counties tracked in the report.

Home prices have increased by more than 10% in most of the country over the past year as high demand and low housing inventories have moved prices higher. On the other hand, average wages have increased about 8% in comparison. Interest rates have hovered around 3%, which have helped with homeownership affordability, researchers note....

National home prices increased 18.1% year over year in November 2021, according to the latest CoreLogic Home Price Index (HPI®) Report . The November 2021 HPI gain was up from the November 2020 gain of 8.1% and was the highest 12-month growth in the U.S. index since the series began in 1976. The increase in home prices was fueled by low mortgage rates, low for-sale supply and an influx in homebuying activity from investors. Projected increases in for-sale supply and moderation in demand as prices grow out of reach for some buyers could slow home price gains over the next 12 months. Arguably, some of the slowdown can be attributed to the dearth of inventory in the counties north of New York City, while the “Bronx Tale” is more closely aligned to a return of buyers to the New York City market.

While the view of the market in terms of units sold and dollar volume is a positive one, it was a frustrating arena for many buyers who lost homes to higher bidders and for the practitioners dealing with client frustration and disappointment.

Bronx County had the largest percentage increase in residential sales at 61.4% year-over-year with 2,553 units sold as compared to 1,582 sales for 2020, while Westchester county...