Back to Blog Posts
Next

How to Sell Your Home During a Real Estate Slowdown

Selling a home is proving to be not quite as easy as it was last year—or even six months ago, for that matter.

Between the news that we already seem to be slipping into an unofficial recession and a home market slowdown, many sellers are starting to feel like they’re up against an impossible task. The Federal Reserve’s most recent interest rate hike of 0.75% is expected to push up mortgage rates that had already reached a 20-year high, putting further pressure on a stressed market.

But if you’re in a position to sell, there’s absolutely no reason to give up hope!  While you might not be able to bank on receiving multiple offers over your home’s asking price (the way we've seen over the last 2 years); but with a little foresight and strategic thinking, you’ll be scheduling the moving trucks in no time.

Chances are, many of your potential homebuyers are struggling to balance their home goals with the reality of ballooning mortgage rates. A great way to put them at ease is by offering an interest rate buydown to help make their mortgage payments more manageable.

“A rate buydown can be a specific amount of money credited at closing that the buyer can use toward points on their mortgage,” says Michelle Mumoli, a broker-associate with Compass in Jersey City, NJ. “And because buyers have the option to refinance once rates go down again, they can use that to cover their closing costs.”

You can also offer to structure a buydown by percentage points.  For examply, offering to pay down their interest rate by a point or two at closing. This addresses the point that concerns buyers, but will likely have less of an impact on you than you moight think.  One or two percetnage points will actually end up being less than dropping your price by $30,000-$50,000.

If your home isn’t newly built, there’s probably a big-ticket item that probably needs to be replaced in the future (i.e. your boiler, your roof, your HVAC).

If you have an older roof that you know will need to be replaced soon, you may want to consider offering to replace it before the sale, or to even escrow funds at closing to cover the costs for the new roof from the sale proceeds.  Then buyers won't be concerned about this "huge expense". Some sellers are seeing the need to cut prices all of a sudden, but the trick is to do it in a way that will be more likely to actually land a buyer.

Adjusting the price on your home once in a heftier chunk - like 5% to 10% - can often create a flurry of interest in the listing. This could get action quickly, resulting in a flurry of showings and potentially yield multiple offers.

Or, another option to trigger interest is the use of strategic "micro price drops".

To do this, you'll need to establish a baseline price and list your home there to start. Then, if interest in the home wains, adjust the price slightly each month - perhaps by just 1%. Savvy homebuyers tend to look for homes that have recently dropped in price, because this often indicates a seller who is motivated to move their property. Triggering this interest is a great way to get people in the door, so time your price drops carefully around the best time to accomodate an influx in showings.

Throw in something unexpected

If you’re selling your home and downsizing, you might be ready to part with any number of personal posessions that wouldn't normally be included in a home sale. Consider offering one or more of these items as an incentive for buyers.

Capturing a buyer’s interest is the first step to getting a home sold, and sometimes that can be as easy as offering unexpected items like TVs, furniture, high end appliances, solar panels, lawn/gardening tools, and even boats or cars!

There are many options to entice buyers during a downturn, so sellers shouldn't lose hope.  They just might need to think outside of the box!

How to Ace a Home Inspection and Sell Your Home Fast

The home inspection can be a particularly stressful part of the home buying process for buyers, but the equally anxious seller might be waiting with ...Read More 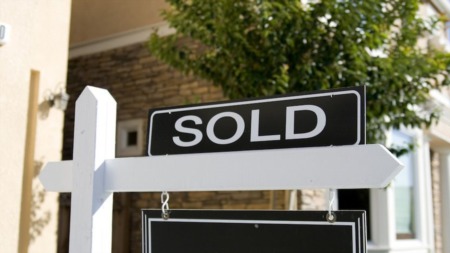 After You Sell Your House, Make Sure You Do These 10 Things 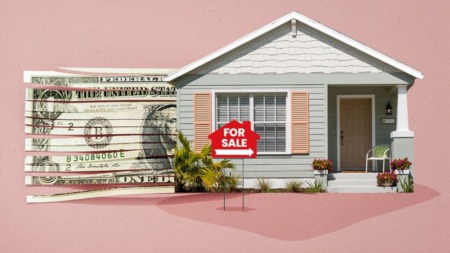 How to Sell a Home During a Recession: A Wake-Up Call for Home Sellers Right Now

Fears of a recession are looming large right now - and while we aren’t technically in one yet (that would require two consecutive quarters of ...Read More